When I took American Literature as a high schooler in 2003, we read a range of texts from colonial accounts to Puritan sermons to stories from the Great Depression. Even as a future English teacher, I hated the class. Where were our nation’s epics? I already viewed Huck Finn as passé and overrated, and The Grapes of Wrath never spoke to me. Where was our Beowulf? Our Odyssey?

Fast-forward a few years to my student-teaching in 2009, and the cinematic rise of superheroes had begun. DC had already launched a successful new Batman franchise with Christian Bale in the lead role, The Dark Knight breaking all kinds of box office records in the summer of 2008. Marvel had success with its first hit of the new age: Iron Man. Now, I could talk to my students about Odysseus and compare him to widely visible American counterparts.

A new generation had a new canon.

Superheroes came to us through the rise of comic books in the 50s and 60s, Pop Art-style television shows like Adam West’s Batman in the 60s, and Saturday-morning cartoons in the 80s and 90s. Movies appeared here and there, but superheroes were still the domain of nerds.

And these stars belong in the classroom. It’s time to talk about superheroes in American Literature.

This post uses affiliate links to share content. When you buy
one of the items in this post, you’ll be supporting the YA Cafe Podcast
at no additional cost to you. Thank you for your support!

Superheroes and the American Identity

When we think about superheroes, we think about larger-than-life figures. We think we know and understand their motives. However, the truly beautiful thing about these characters is their pliability. Christian Bale’s Batman may have some of the same characteristics and backstory as Adam West’s, but they are tonally very different. Batman may seem to have similar ideals through the ages, but we can peel back some of these layers to understand how each generation’s Batman reflects the Zeitgeist. (And, in fact, I highly recommend Glen Weldon’s book The Caped Crusade, that does just that.)

Batman is not alone in this – every superhero has iterations. Sometimes, comic books pull back entire storylines and setups. Comic book nerds can tell you that Jane Grey went Dark Phoenix in one timeline, but that there are other timelines in X-Men in which this never happened. Spider-man has been Peter Parker and Miles Morales: neither is not Spider-man… they both are, at different times. Capes and masks get passed on, roles get reassigned, and what does it all mean?

Teaching about Superheroes in American Literature

I am advocating for acknowledging superheroes’ role in American Mythology. How, exactly, can we best accomplish that? Do we suddenly toss aside The Great Gatsby for The Incredible Hulk?

However, we can include them in our curriculum. Think about all the amazing critical thinking we can encourage of our students:

Superhero stories are a great opportunity to focus on characterization and conflict, particularly because students can analyze the evolution of both over time. They can home in on the choices that different writers have made for each superhero and analyze how those choices have impacted the final story being told.

Diversity in the Superhero Universe

Lastly, superheroes allow us to talk about whose stories are being told. For a long time, comic books did not reflect the diversity of American society. Even in situations where we lifted up stories of actual aliens (looking at you, Superman), our protagonists were still white, white, white. With a few exceptions, the stories we hear reflect the dominant culture.

We have made some progress since the 50s and 60s. Miles Morales arrived in 2011 and got a novelization by Jason Reynolds in 2017. Kamala Khan, the first Muslim-American superhero, appeared in comic books in 2013 and got her own series Ms. Marvel in 2014. Black Panther was a smash hit in 2018. Naomi has arrived on the DC scene as of January 2019.

We can do more.

“Do not be satisfied with the stories that come before you. Unfold your own myth.”
-Rumi

Ask students to consider how these stories would evolve by featuring iterations of superheroes who were people of color or queer. For a moment, Marvel considered casting Tan Lewis (a British-born Chinese actor) as Iron Fist, a reluctant hero raised by monks to be a warrior. Instead, they opted to cast a white actor and relegate Lewis to playing the villain. How would a different casting choice allow a different story to take shape?

Superheroes are already common stories for us and our students. Our students love movies, and we can easily leverage this as we talk about the Hero’s Journey and the American Dream. We can explore together how different superheroes represent different facets of the American Identity and national self-awareness. We can use superheroes as we talk about topics like societal pressure, distribution of wealth and power, prejudice (X-Men is an obvious choice for this one), and patriotism.

More Resources for Teaching about Superheroes:

Texts for Your Classroom Library:

Ms. Marvel, vol. 1 by G Willow Wilson is the story of Kamala Khan, a Pakistani-American teenager who uncovers her powers in a freak accident. Can she be like her superhero idols and use her powers to fight for justice and good? Or will her parents find out and ground her for life?

Miles Morales by Jason Reynolds is about your average, everyday teenager… except with the twist of spidey abilities. But when Miles’ powers go on the fritz, he questions whether a kid like him is really supposed to be a hero. Can he overcome his self-doubt and some freaky nightmares and be the hero he always hoped he’d be?

Naomi by Brian Michael Bendis is the start of a promising new series. When a fight brings Superman to her small Oregon town, Naomi begins to ask questions about the last time a superhero visited and what that might mean for her own origins.

TED talks and other lectures:

Next up, Stan Lee! He created much of the Marvel universe, so his opinion on what makes a superhero is a great place to start.

Amanat addresses a teen audience as she weaves in great storytelling, questions of identity, and the world of superheroes. This is a great introduction to the importance of superheroes in American literature.

“A Superhero for Generation Why” (12:50) by G Willow Wilson, writer of Ms. Marvel

Wilson talks about the creation of Kamala Khan, the first Muslim-American superhero to have her own series. Moreover, Kamala Khan is a hero for a millennial and teen audience, meaning that she faces all of the challenges that come with climate change and a booming world population.

This interview from ComiCon with G. Willow Wilson allows her to discuss the fan response to Ms. Marvel. She also talks about her goals for Kamala – a “paladin-type” who has to reconcile her black-and-white views of good and evil with a grey reality.

“Bring on the Female Superheroes!” (15:48) by Christopher Bell

Lastly, I recommend this talk, even though it’s not directly based on the stories. This is a fascinating TED talk because it addresses the invisibility of female superheroes on the merchandising side: the fact that Gamora is under-represented on Guardians of the Galaxy merch, as is Princess Leia on Star Wars merch since Disney’s acquisition of the company. This talk asks viewers to consider what messaging that is sending to our culture.

I can’t wait to see how you incorporate superheroes in American Literature class! Keep in touch! 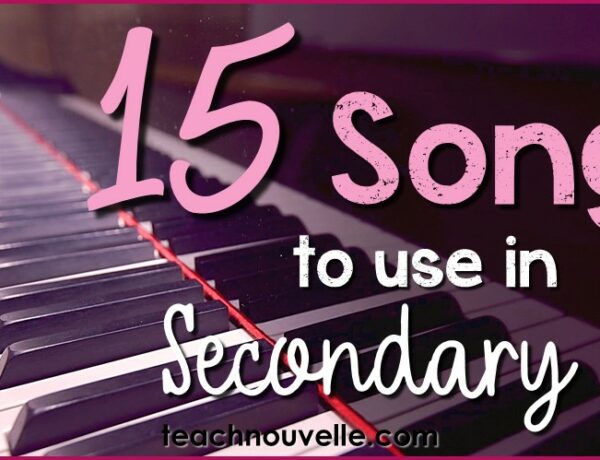 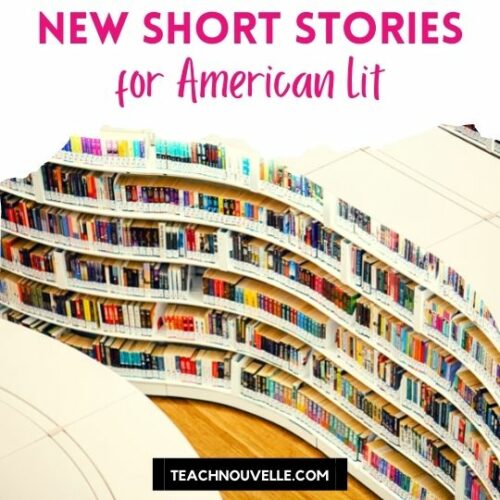 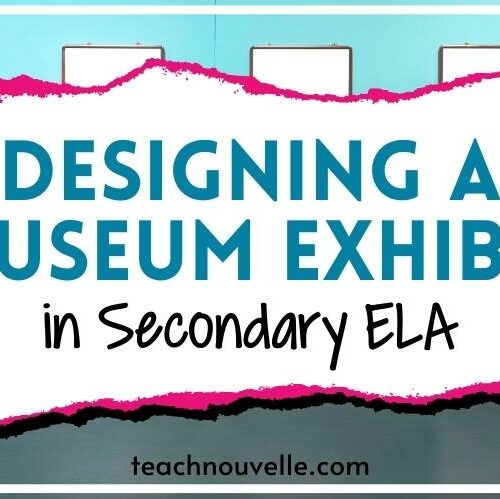 Creating a Museum Exhibit in Your ELA Classroom