Book Review: Don’t Ask Me Where I’m From by Jennifer De Leon 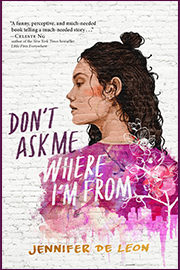 When Liliana Cruz gets an opportunity to go to a school in the Boston suburbs, her immigrant mother is thrilled. She knows it’ll give her first-generation American daughter privileges she isn’t getting at her current school. But Liliana faces pressure as one of a few Latinx kids at her school, and when secrets start to emerge, she’ll have to decide what she stands for and lift up her voice.

Fifteen-year-old Liliana is fine, thank you very much. It’s fine that her best friend, Jade, is all caught up in her new boyfriend lately. It’s fine that her inner-city high school is disorganized and underfunded. It’s fine that her father took off again—okay, maybe that isn’t fine, but what is Liliana supposed to do? She’s fifteen! Being left with her increasingly crazy mom? Fine. Her heathen little brothers? Fine, fine, fine. But it turns out Dad did leave one thing behind besides her crazy family. Before he left, he signed Liliana up for a school desegregation program called METCO. And she’s been accepted.

Being accepted into METCO, however, isn’t the same as being accepted at her new school. In her old school, Liliana—half-Guatemalan and half-Salvadorian—was part of the majority where almost everyone was a person of color. But now at Westburg, where almost everyone is white, the struggles of being a minority are unavoidable. It becomes clear that the only way to survive is to lighten up—whiten up. And if Dad signed her up for this program, he wouldn’t have just wanted Liliana to survive, he would have wanted her to thrive. So what if Liliana is now going by Lili? So what if she’s acting like she thinks she’s better than her old friends? It’s not a big deal. It’s fine.

But then she discovers the gutting truth about her father: He’s not on one of his side trips. And it isn’t that he doesn’t want to come home…he can’t. He’s undocumented and he’s been deported back to Guatemala. Soon, nothing is fine, and Lili has to make a choice: She’s done trying to make her white classmates and teachers feel more comfortable. Done changing who she is, denying her culture and where she came from. They want to know where she’s from, what she’s about? Liliana is ready to tell them. (Description from GoodReads)

Don’t Ask Me Where I’m From is an interesting read. I had heard about the METCO program before, but didn’t know the ins and outs. It is a lottery that buses a certain number of students from urban Boston schools out to suburban schools. In this book, the METCO students still self-segregate (note: check out Beverly Daniel Tatum’s book Why Are All the Black Kids Sitting Together in the Cafeteria? for more on this) and Liliana really struggles to know how to fit in.

I also enjoyed the portrayal of Liliana’s home life and hobbies. She has two twin brothers who really grow throughout the novel and surprise Liliana. This made me think of Lara Jean’s sister Kitty in To All the Boys I’ve Loved Before – we got to know Kitty as a three-dimensional character instead of the set decoration that siblings can sometimes be in YA. Liliana also enjoys making miniatures, which is such a cool and unique hobby!

Students will definitely enjoy the down-to-earth language and dialogue in this book. A big thank you to Simon & Schuster for letting me read an ARC of this novel! 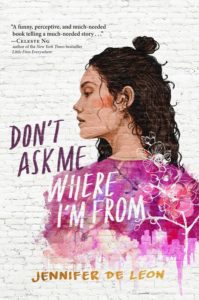 Inside Out and Back Again by Thanha Lai

A novel in-verse, Inside Out and Back Again follows ten-year-old Hà as she and her family flee Saigon and arrive in America as refugees. This book is heartfelt and poignant, with astute observations about the world around us. Use this in grades 4-8 to build empathy for immigrants and refugees. Short chapters make this perfect for a read-aloud. (Elementary/MS)

Nira Ghani feels like she doesn’t fit in in her mostly-white Canadian school. It’s not just that she’s Guyanese or so poor her clothes “apologize for their existence”, but also that she just can’t be herself. At home, she throws herself into playing trumpet, but she knows her parents would never let her join the jazz band. Kids at school pick on her, her father’s obnoxious brother and his family look down on her, and she doesn’t want the same dreams her mother wants for her. How can she be the perfect daughter they want her to be when they refuse to support her passion?

We reviewed this book in episode #52 of the YA Cafe Podcast.

The Field Guide to the North American Teenager by Ben Philippe

When Norris’ mother gets a job as a professor in Austin and his father “can’t quite fit a teenager” in the same house as his new wife and baby, Norris knows he’s in for a culture shock. After all, he’s seen tons of TV shows and movies showing what it’s like in American high school, and he knows that a Black French Canadian is bound to have a hard time fitting in. He chronicles his anthropological observations of his new classmates in a journal, and is determined to keep his mouth shut. Maaaybe. Will Norris ever make friends in this cultural wilderness? Will he ever get to play hockey again? You’’ll find out…

Patron Saints of Nothing by Randy Ribay

Meet Jay Reguero, a Filipino-American teenager. He has mostly maintained his connection to his family in the Philippines through letters to his cousin, Jun. Or did, before they lost touch a few years ago. Now, Jay is just trying to make it through his senior year before heading to college in the fall. When he gets news that Jun has died, no one will give him any details. Jay wants answers, and he travels to the Philippines to get them. As he learns more about President Duterte’s drug war and the truth about his own cousin, Jay is forced to reckon with a complex reality and his own role in it.

For even more YA books about the immigrant experience, check out this list from the New York Public Library. Check out this blog post for more resources on teaching about immigration.

Have you already read and loved Don’t Ask Me Where I’m From? Do you have a great idea for using it in the classroom? Let me know your thoughts in the comments or reach out on IG @nouvelle_ela. 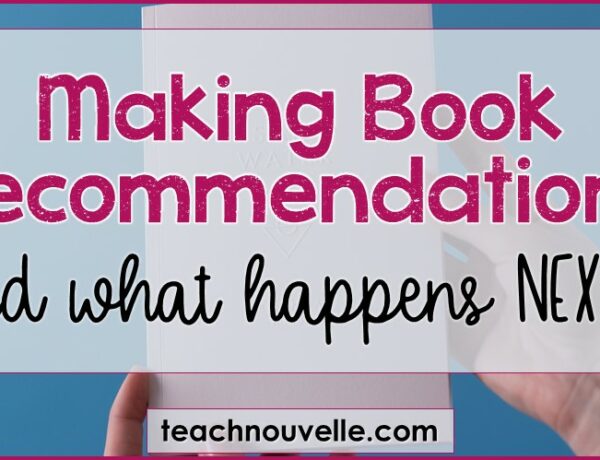 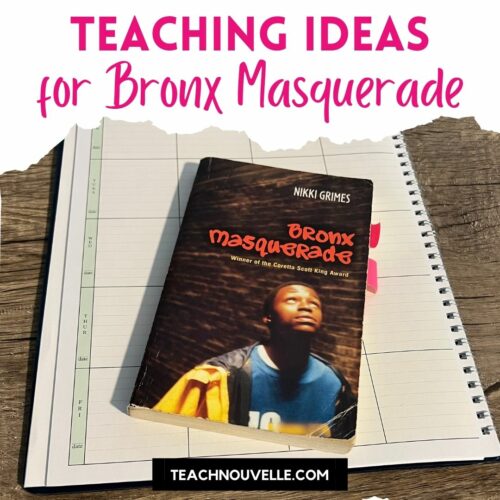 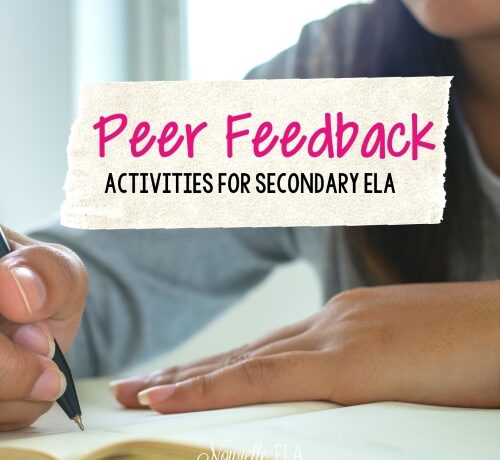 Inclusive YA Retellings for the Classroom Library

15 MORE TV Episodes to Use in ELA