Teaching The Great Gatsby can be transportive and engaging. Students explore a whole new era (Flappers! Jazz! Speakeasies!) while still making modern-day connections. To get the full impact of this American classic, however, students need to situate it within its historical context.

Before teaching The Great Gatsby and the quirks of the 1920s, you should share context with students for the American spirit right after World War I. in 1917, we were reeling! Depending on how your school sets up your history curriculum, students may already be familiar with this. Activating prior knowledge creates a bridge between their history class and your novel unit.

Separate students into four groups. Give each group one of the following questions.

The goal is to generate possible answers to present to other students. There aren’t really “wrong” answers–the students are sharing prior knowledge in a group setting. All students should record notes from their discussions because they’ll all be ambassadors to other groups. (3-5 minutes)

Now, redivide students so that new groups have at least one member from each discussion group. Students should share their ideas with their new groups and generate new ones. (5-7 minutes)

Brainstorming builds collaborative knowledge without singling students out for what they don’t already know! You can follow up this discussion with this close reading. It summarizes the post-war sentiment and is a great starting place for more research. 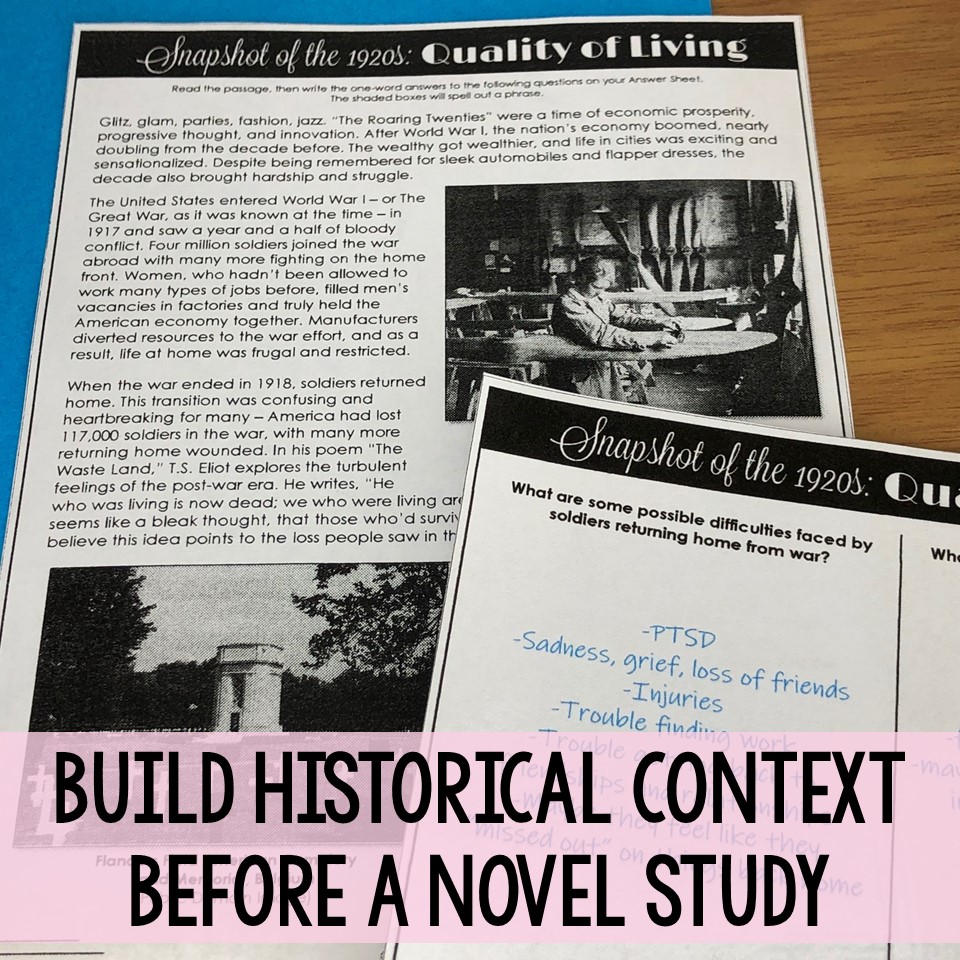 If you’re looking for an even more in-depth lesson before teaching The Great Gatsby, check out my Introduction to the Roaring Twenties Escape Room.

The Great Migration and The Harlem Renaissance

The Great Migration and the Harlem Renaissance are two movements (one geographic, one artistic) that informed American thinking during the 1920s. Both influenced culture and civil rights moving forward. Even though these topics aren’t obvious in The Great Gatsby, they are crucial for understanding the era.

“Goin’ North” is an amazing project by West Chester University. Through oral histories, Philadelphians share their experiences during the Great Migration. “In Motion: The African-American Migration Experience” is another excellent collection. Put together by the Schomburg Center for Research in Black Culture, it’s a rich look at the impact of the Great Migration.

I’ve written about “Teaching the Harlem Renaissance” before, so be sure to check that out. Two videos I love to share with students are: Langston Hughes reading his poem “The Weary Blues” and “Visualizing Jazz Scenes of the Harlem Renaissance”. If you‘re looking for primary sources, you can’t go wrong with the digitized archives of THE CRISIS: Magazine.

I used these resources and more to create my Introduction to the Harlem Renaissance Escape Room! 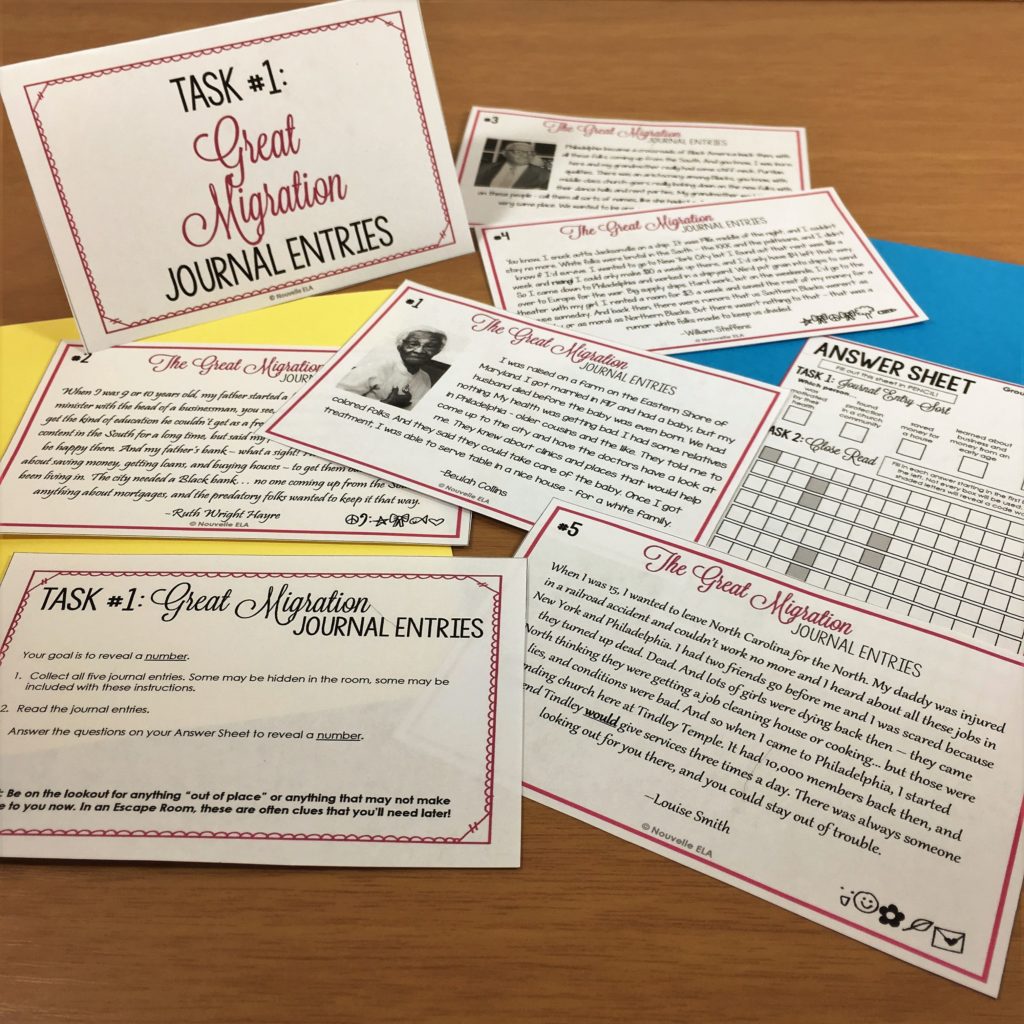 Before teaching The Great Gatsby, introduce Prohibition. This law had a huge effect on American culture in the 20s! It’s how Gatsby makes his money and basically underscores the entire zeitgeist explored in the book.

These five resources provide a quick overview of Prohibition:

“Speakeasies, Flappers, and Red Hot Jazz: The Music of the Prohibition,” from the Stanford University Riverwalk Jazz Program

“The Cotton Club of Harlem” from the BlackPast.org Blog

Also, here’s a close reading activity of Prohibition-era song lyrics. This game is similar to an escape room but much shorter. It’s great content-based test prep and an excellent introduction before teaching The Great Gatsby. 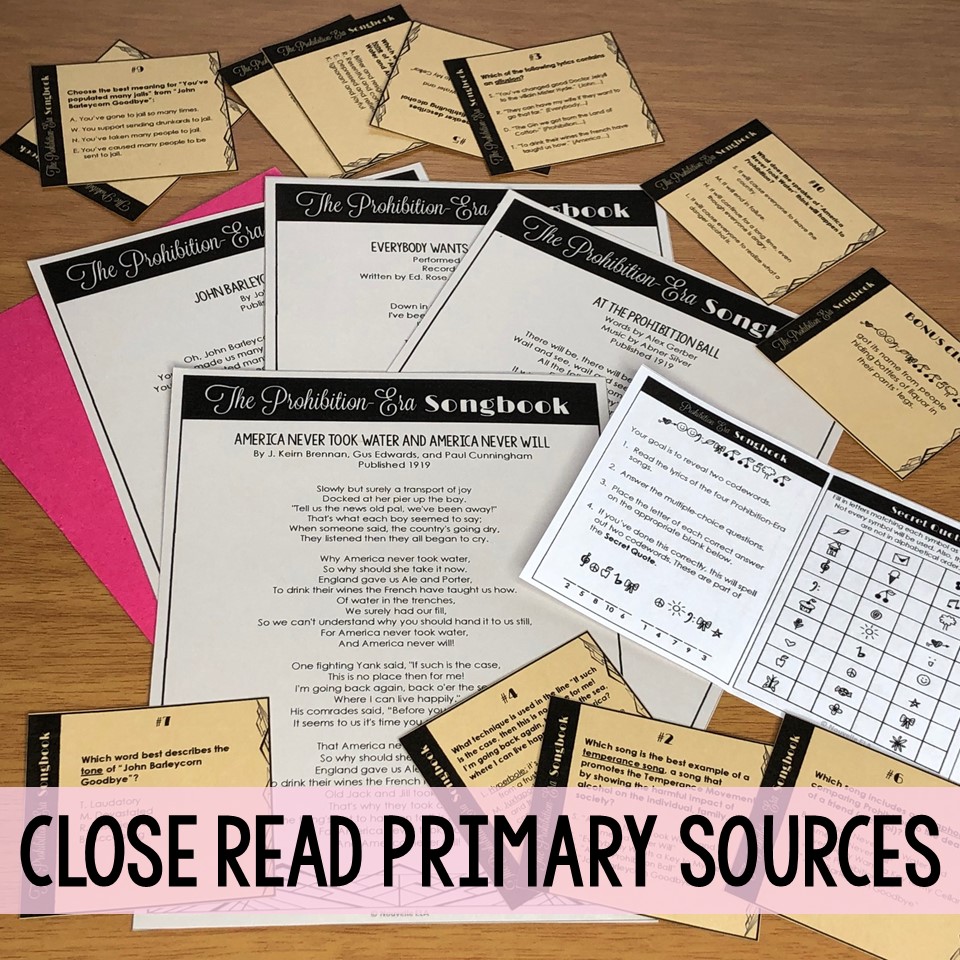 One of the main issues in The Great Gatsby is the way women’s roles are being redefined and reshaped. Decide how to contextualize this. Do you want to focus on innovations and achievements by women? Music and fashion? Politics? You have so many choices!

Before talking about the 20s, I circle back to the post-war era and share the timeline “What Did World War I Really Do for Women?” from the BBC. This helps show students how the war changed the climate for women in the United States.

In addition to introducing jazz, I introduce the blues and profile Ma Rainey. A great article is “The Queer Black Woman who Reinvented the Blues” from AtlasObscura. It provides an in-depth look at Ma Rainey’s life and accomplishments. I focus on her because she had such an impact on future performers and was an early queer icon. Performers from Bessie Smith to Beyoncé name her as a role model! In her song “Prove It On Me Blues”, Ma Rainey makes reference to her sexuality and her refusal to conform to gender norms. She says “Went out last night with a crowd of my friends, They must’ve been women, ‘cause I don’t like no men” and “It’s true I wear a collar and a tie”.

Consider sharing the article “What Margaret Sanger Really Said About Eugenics and Race” by Jennifer Latson. Sanger is a complex figure. People still disagree on her views and her works. She championed wide access to safe contraceptives and later founded Planned Parenthood. This was a huge boost to women‘s liberation. Although this changed the lives of many American women, Sanger’s views and beliefs are politically and ethically controversial. Among other things, Sanger supported eugenics, the belief that societies should implement selective breeding to perfect the human race. She advocated for the forced sterilization of African Americans and people with disabilities. So, even though she contributed to women’s liberation, her efforts prioritized white, able-bodied women. This “hot-button” topic warrants careful preparation but yields rich discussion.

The biggest goal of teaching The Great Gatsby and the Roaring Twenties is illustrating unequal access to the American Dream. For that reason, a strong historical context can prepare your students for the conversations you’ll have during the novel.

What other resources do you LOVE for building background before this novel? Let me know in comments! 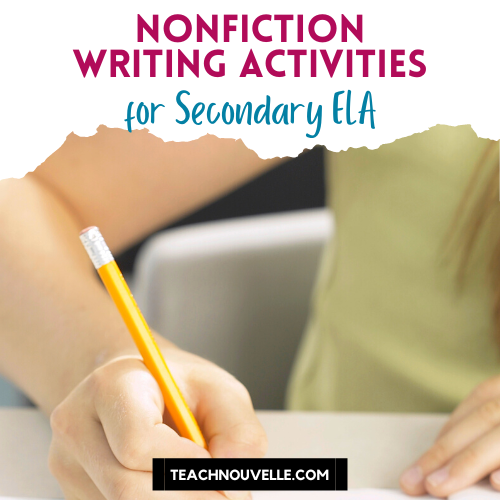 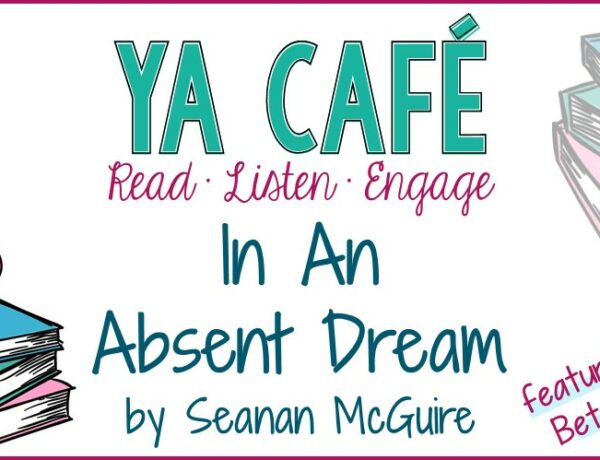 In An Absent Dream by Seanan McGuire feat. Betsy Cornwell 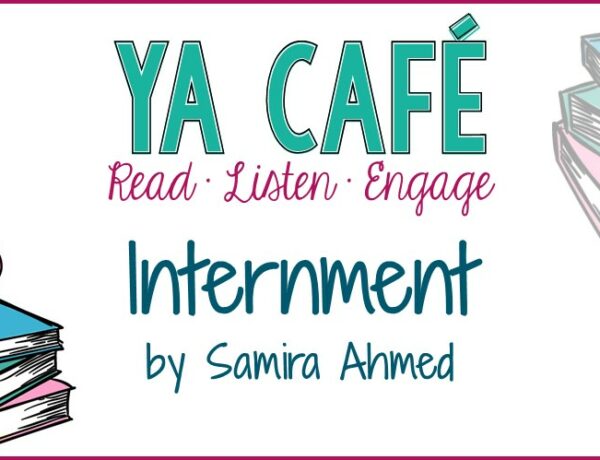 The Tiger at Midnight by Swati Teerdhala feat. Natasha Deen