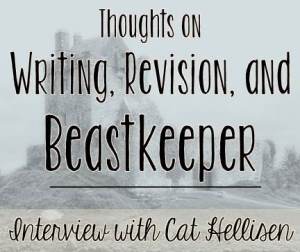 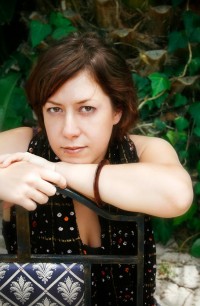 In today’s post, I’m talking with Cat Hellisen, author of When the Sea is Rising Red, to talk about writing, reading, and her brand new book, Beastkeeper.

When we pick up a book or watch a movie, we want to be lost in the new world and story that the writers have constructed for us. It’s often easy to forget that this work of art is exactly that – “work”.

And, for teachers like me, how many times have we had a student rattle off a first draft, simply to hand the piece of notebook paper to us and declare it “done”? Like us, students only see finished products all around them and we have to talk to them about the process of revision, or literally, a “reseeing” of an idea.

Cat Hellisen of Cape Town, South Africa, has published three novels and numerous short stories. She weaves together curses and cobblestones for an enchanting feel with dark undertones. I read her most recent novel, Beastkeeper, within a couple days of its release, and was absolutely blown away by the “reimagination” of the classic tale.

Hi, Cat! Thanks so much for joining us today.

So, let’s start off by talking about Beastkeeper. It’s not a “retelling” of Beauty and the Beast in the strictest sense, but there are definite elements there. How did you decide which elements of the classic tale to incorporate and which to leave behind?

When I started, I knew I was going to be writing about a girl who becomes a beast. (If you are one of those unfortunates who has beta-read my millions of unpublished novels, you will know this is a recurring theme in my work). I had only the image of a girl waking to a fight between her parents, after which her mother leaves, and a pervasive feeling of coldness (We can pretend that the weather is a metaphor for how lonely Sarah is, if we like). I latched onto the story of Beauty and the Beast, and though I knew this story wasn’t going to be a strict retelling, the tension between the beautiful facade and the hideous beast, and the true natures they’re hiding, was going to be a massive element. I cherry-picked the ideas I wanted to include, and made up the rest.

I’ve seen some people state their uncertainty about whether this book is “Middle Grade” or “Young Adult”, and I want to be able to clarify it for other teachers. What age group do you think would most benefit from reading Beastkeeper and why?

I wrote Beastkeeper for myself. I adore classic children’s literature and fairy tales, and often find them more interesting and layered than some adult fiction. There’s a lot you can get away with under the seemingly simple veneer of “There was a girl with hair as dark as coal, and lips like new-spilled blood.” Especially if her mother is dead and her step-mother is a witch. Come on, how can you not want to dive into that and dig out all the things underneath? I can’t resist. However, when Beastkeeper was done, I was pretty sure that children around 12 – 14 would get a lot out of it, and some adults (the ones who feel no shame at reading children’s books).

I think younger than that, perhaps some of the darkness might be a bit much, or the pace a little too slow. Of course, all depends on the reader. Librarians and teachers are pretty clued up about which kids they know read what. Personally, I think MG and YA are constructs that serve little purpose other than to help publishers sell to more markets by dividing their audiences. 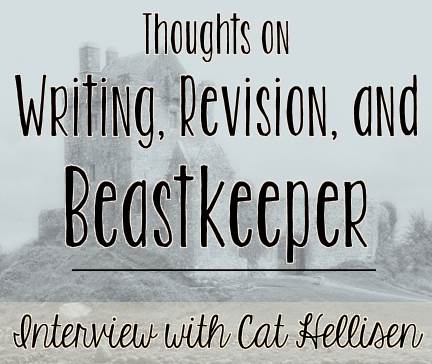 In On Writing, Stephen King jokes about writers having to chain themselves to their typewriters. He urges novice writers to develop discipline and consistency. What does your work day as a writer look like? Do you ever have to chain yourself to your typewriter?

There’s a quote often erroneously attributed to Dorothy Parker – “I hate to write, but I love having written.” which pretty much sums up my views. Writing is hard work. Even when you get past the initial terror of ruining the page with your stupid words, even when things start going well, writing is still work. It’s hard, and it’s scary. (For me, I bet there are many writers who feel the exact opposite.) I think you have to find the approach that works for you, and that takes discipline. You have to sit down and write every day, and see how it feels and what it produces, and you have to plot all week and write ten thousand words on one day, and see how that feels. And, at the end of it all, you will discover that not every approach works for every project. Never be afraid to change what isn’t working for you.
I have to bribe myself to finish things, or swap projects and work on older works to keep myself going. I know my weaknesses and dips in my writing work-year, but it took experience to get there and know when to shift gears.

When do you decide that you have a first draft, and what are your next steps?

I have a first draft when I’m close to the end and hate everything abut the book. Then I leave myself some notes like [A CLIMAX WOULD BE NICE] or [LALALA SOME SCENES GO HERE] or in one memorable case [EXPLETVE YEAH THIS BOOK IS BROKEN IT NEEDS POLAR BEARS WITH LASERS FOR EYES] (it did not need polar bears, btw, it needed more dragons). I leave it to sit for a while and go work on something else (usually short stories so I can feel accomplished by finishing things). When I come back and start revising, I often find I have planted the seeds that will grow the missing bits. I just need to coax them out and take the time to fill everything in and add in more layers and flesh out characters etc.

Faulkner famously said to writers that “you must kill your darlings,” meaning that we may have to cast aside moments from our first draft in order to improve the story. Do you agree? Can you give us an example of a character, event, or setting that has undergone major changes in Beastkeeper?

I hate that advice. I think it is counter-productive, especially for female writers, who are only too quick to devalue their work and assume that “kill your darlings” means cut every thing they think is good, because if they think it’s good it must be bad. This is not to say that all things need to stay, which is why once you have cleaned up your first draft and revised, it helps to have another writer go through your work and just highlight bits that need work, or ask questions, or let you know the pace is flagging.
As for Beastkeeper, the original curse was much closer to Beauty and the Beast, and it was not working with what I wanted to do. So I had to rewrite my own curse a few times to get it cemented. I can’t think of massively major changes that felt like “darling killing” with this novel, because all the changes my editor suggested felt like they were working towards the same goal I had.

And some final thoughts for readers and fans…

You say that reading is part of your writing job. What 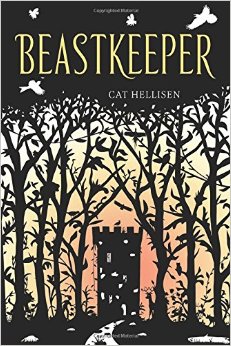 kind of books do you like to read, and which authors have influenced you the most?

I love fantasy the most, in all its many varieties, and I love books that play with language and voice, or do interesting things. I would say authors who have had the biggest influence (whether it can be seen or not) are Clive Barker, Margaret Atwood, Diana Wynne Jones, Susan Cooper, Alan Garner, and David Almond.

What are some books you recommend for readers who loved Beastkeeper?

This is a bit awkward, because comparing my book to theirs sounds horrendous, but I think if you like dark fantastical children’s books, then Diana Wynne Jones – Dogsbody (my favourite of all time), Lauren Oliver – Liesl and Po, any of Susan Cooper’s Dark is Rising sequence, though I adore The Grey King, Alan Garner’s Elidor books, Ruth Parks – My Sister Sif, David Almond – Skellig…I should probably stop now.

What’s next on the horizon?

I have about five books on the go at the moment (all at various points of first-draftness, except for the one which I have just begun revising), and two books on sub to editors. One is a fantasy world retelling of Hans Christian Andersen’s The Tinderbox (but only if you squint, and like clockwork and dragons and massive games of chess), the other is a YA novel about a necromancer’s daughter who gets murdered, and has to try and oust an evil spirit from her body, and find the real King of Death.

Whatever happens, I have no control over what sells. All I can do is keep writing. The words are mine, the rest is fickle fate.

Once again, my thanks to Cat Hellisen for her thoughtful answers to my questions and congratulations on her most recent novel. If you want to get your hands on Beastkeeper, click the link and get going. 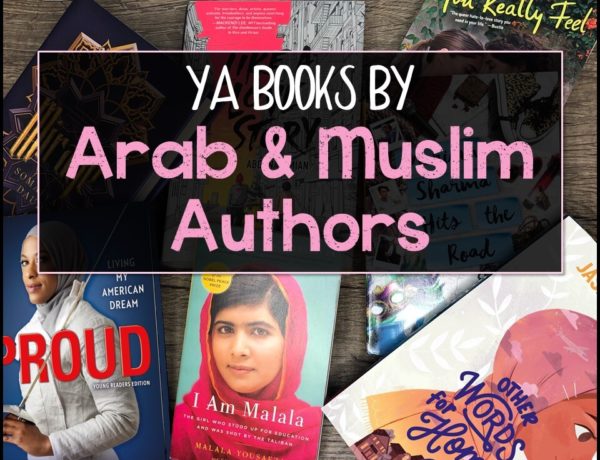 If I Was Your Girl by Meredith Russo

The Field Guide to the North American Teenager by Ben Philippe

5 Ways that I'm a Terrible Student